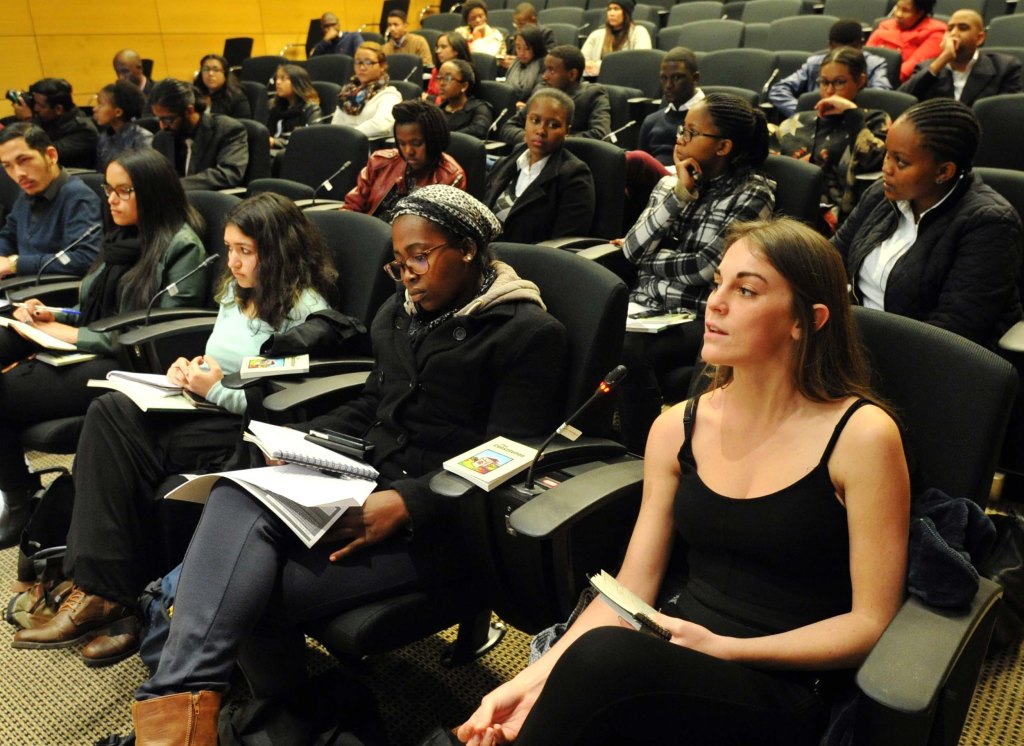 The rising black middle class in South Africa and Africa has followed the same patterns of wealth accumulation as the white middle class, adopted their values and become more like them.

The rise of the black middle class since 1994 has dominated economic and political discourse in South Africa and many publications have written extensively about this. A common characteristic of the middle class across the racial divide is that its lifestyle and values differ from those of the working class. The middle class also tends to live in suburbs, dresses well, is tolerant of different views and has a high level of consumption.

The definition of the middle class is a contentious matter, and there are also some arguments that the correct term should be the “middle strata”. The African Development Bank defines the middle class as those earning above US$2 a day (approximately R24). Using this definition would mean that virtually everyone working in South Africa is part of the middle class. This is the definition used by Statistics South Africa: “lives in formal housing, water tap in dwelling, flush toilet in dwelling, electricity or gas is main cooking source, has a landline phone or a household member has a cell phone”. This would inflate the actual size of the middle class, as millions of households that received free houses from the government would also be included, even if they are unemployed or living from hand to mouth. The UCT Unilever Institute of Strategic Marketing defines the middle class as those earning between R15 000 and R50 000 who have their own transport, employment in white collar jobs, tertiary education and spending more than R4 000 a month on accommodation. This is the definition that will be used for the purpose of this essay as it very clearly distinguishes between the middle class and the working class.

The black middle class, according to the UCT Unilever Institute, has grown from a population of 1.7 million in 2004 to 4.2 million in 2012. This increase in the black middle class has led to an increase in consumption of items such as property, vehicles and other luxury items that the established white middle class already has. Since 1994, there has also been an increase in “white poverty”, although the levels are nowhere near those of blacks in terms of numbers and percentage. This confirms that one man’s gain is another man’s loss.

There are generally two storylines relating to the rise of the black middle class since 1994. The first one is that they are quickly accumulating wealth through nepotism and corruption, while simultaneously exhibiting incompetence and/or poorly managing their financial affairs. The other storyline is that they accumulate wealth merely through government policies, such as broad-based black economic empowerment and affirmative action, which give them preferential treatment even if they are not suitable for the positions they are hired for. These two perspectives have been extensively published in the media, where reports also expose how some blacks in government positions take bribes from private sector executives in exchange for tenders. There have been numerous reported incidents of blacks being used for fronting, acting as a middle man between white-owned companies and government to win tenders, when the work will be done by the company and their role is primarily signing papers to clinch the deal. So the nature of this relationship does not adequately empower the black middle class to own their companies to the same degree that whites do theirs.

At the same time, most members of the black middle class are honest hardworking individuals who abide by the law in their pursuit of wealth. It is important to note that, due to the nature of our capitalist economy, the black middle class is in pursuit of making money just like the white middle class – not in the interest of the society as a whole but for their own interest. However, while the mainstream media focuses on black corruption in the public sector, reports about the private sector corrupter, who is usually white, do not dominate the media as frequently. Some companies overcharge the state for tenders or do not deliver fully on what is expected. Another example is the collusion in the construction industry that went undetected for decades.

MORE OF THE SAME?

The rise of the black middle class is prevalent across the African continent. Andrew Rugasira’s A Good African Story explains that the role of political institutions is to “represent the body of rules, procedures and norms that shape behaviours and attitudes of ordinary citizens”. Post-liberation political parties in Africa used the state to increase the economic participation of blacks, in contrast to colonial rule, where the state was a tool to block the entry of blacks into the mainstream economy.

Colonised African countries have historically been, and continue to be, areas of resource extraction with very little or no industrialisation. The lack of industrialisation continues to deprive Africa of the wealth that can be created through beneficiation, while forcing it to purchase finished goods from other countries. Many have blamed poverty in Africa on the lack of institutions, but with no change in this mode of production, even the most efficient government institutions would still leave Africa poor. Both the colonial and the post-liberation political elites focused on the “gate” where extracted exports leave the borders, where there are spoils of power in the form of foreign aid, import and export licences, collection taxes, foreign currency movements and various other economic activities. This means that the elite that guards the gate also controls access to resources and power. The colonial political elite was assisted by some from the white middle class, and all enjoyed the spoils. The postcolonial economic structure virtually remained the same with different races at the gate. The point that I am making is that the rise of the black middle class and black political elite followed the same pattern as the rise of the white middle class and political elite in the colonisation period. However, it is important to note that those who own and run the extraction sector companies are still the same whites from the colonial period, with very little black ownership (with the exception of Zimbabwe). This is an African phenomenon.

Another storyline, particularly told by the ANC Youth League and the Economic Freedom Fighters, portrays the white elite and the white middle class in a negative light. This storyline says that white capitalist elites, with the assistance of the white middle class, accumulated extraordinary wealth by exploiting black people as cheap labour. These whites are very greedy and resistant to cutting a fair share of the economic pie for blacks who enter the middle class. They continue to do anything and everything to keep the lion’s share. Leaders who publicly give voice to this view have received harsh criticism from the rich and also support from the poor. What many seem to overlook is that these leaders will come and go, but if the problem of inequality remains unsolved, this view will still continue to dominate in the media. A continual change of personalities or even political parties will be preaching the same gospel and singing the same hymn.

With the removal of the colour bar, the white middle class has received fierce competition from the fast-growing black middle class, with some blacks developing the mentality that whites have had their turn and now it is theirs. The historic and current economic privilege of whites is irrefutable, and it is natural for anyone to protect their privilege. No one would willingly give it away to settle for being underprivileged.

iThere are no comments

Begin typing your search above and press return to search. Press Esc to cancel.